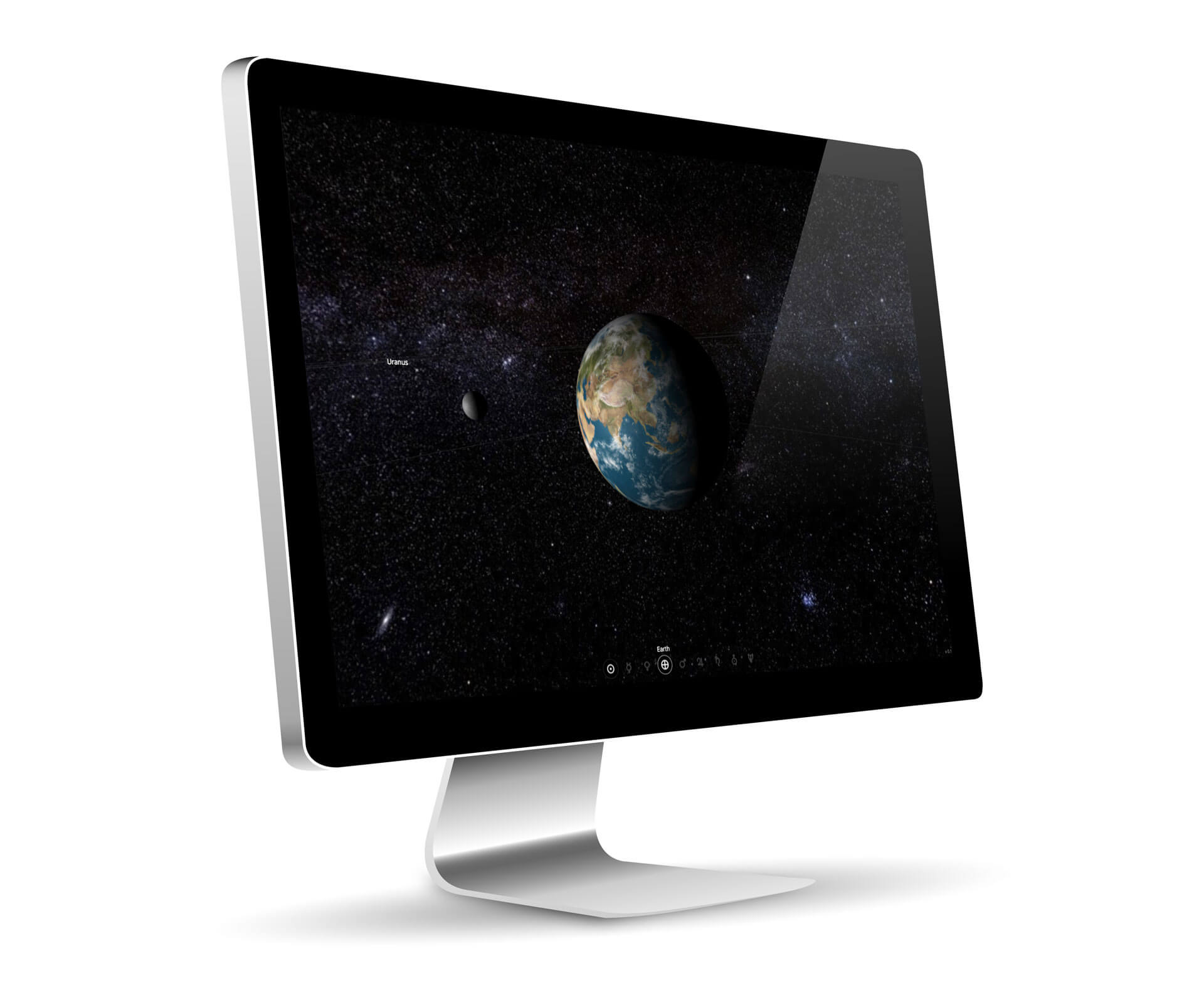 Check out the Site!

Space is a hobby interest of mine. This model of our solar system was built as a passion project making use of WebGL; which allows web browsers to render 3D graphics using HTML5 and JavaScript. WebGL works on essentially all modern browsers without the addition of any special plugins.

What’s put together here is a beta-release worthy demonstration of our Solar System. It’s a project I will continue to tweak, but it’s far enough along to share. Includes subtle features, like clouds in motion, the Earth was even graced with a moon, and the planets are in accurate, accelerated orbits about the sun. Distances are scaled 1:1000 relative to their size.

WebGL is not without its limitations. Serious efforts and compromises were made to keep the project under 10MB and performing at an acceptable frame rate on lower powered hardware. WebGL is an incredible medium for representing products and environments online, interactively, in a way not possible with other mediums.